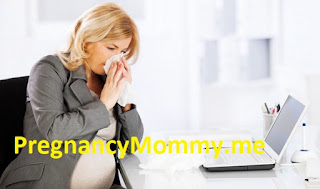 Hi Mommy, welcome to PregnancyMommy. Previously we talked about Is Melatonin Safe to Use While Pregnant , In today's post we will talk about "How to Control Allergies During Pregnancy". May be useful

Rhinitis during pregnancy can be due to allergic rhinitis, sinusitis, or non-allergic rhinitis. If the woman has had allergic rhinitis prior to pregnancy, this could worsen, stay the same, or even improve. This change in symptoms may be dependent upon many factors, including the presence of seasonal allergens and increase in pregnancy hormones.

Non-allergic rhinitis in pregnancy may also be due to an increase in pregnancy hormones, leading to nasal congestion, runny nose and post nasal drip. This is called "rhinitis of pregnancy". The symptoms may mimic allergies, but since they are non-allergic in nature, do not respond to anti-histamines.

The pregnant woman with rhinitis may be concerned about the safety of medications during pregnancy, and therefore avoid taking medications.

If avoidance of allergic triggers is not possible or successful, medications may be needed to control symptoms.

Diagnosis of Allergic Rhinitis During Pregnancy

Safety of Allergy Medications During Pregnancy

According to the Food and Drug Administration (FDA), no drugs are considered completely safe in pregnancy. This is because no pregnant woman would want to sign up for a medication safety study while she is pregnant. Therefore, the FDA has assigned risk categories to medications based on use in pregnancy.

Category "B" medications show good safety studies in pregnant animals but there are no human studies available.

Pregnancy category "C" medications may result in adverse effects on the fetus when studied in pregnant animals, but the benefits of these drugs may out weight the potential risks in humans.

Treatment of Rhinitis During Pregnancy

Nasal saline. Rhinitis of pregnancy tends not to respond to anti-histamines or nasal sprays. This condition seems to respond temporarily to nasal saline (salt water), which is safe to use during pregnancy (it is not actually a drug). Nasal saline is available over the counter, is inexpensive, and can be used as often as needed. Generally 3 to 6 sprays are placed in each nostril, leaving the saline in the nose for up to 30 seconds, and then blowing the nose.

Decongestants. Pseudoephedrine (Sudafed®, many generic forms) is the preferred oral decongestant to treat allergic and non-allergic rhinitis during pregnancy, although should be avoided during the entire first trimester, as it has been associated with infant gastroschisis. This medication is pregnancy category C.

Medicated nasal sprays. Cromolyn nasal spray (NasalCrom®, generics) is helpful in treating allergic rhinitis if it is used before exposure to an allergen and prior to the onset of symptoms. This medication is pregnancy category B and is available over the counter. If this medication is not helpful, one nasal steroid, budesonide (Rhinocort Aqua®), recently received a pregnancy category B rating (all others are category C), and therefore would be the nasal steroid of choice during pregnancy.